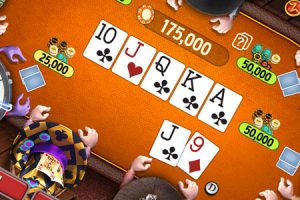 A metagame is often referred to as a “game in play,” in which you make decisions based on some outside information, rather than just the fundamental poker strategy alone. In other words, any time you play differently from or ignore a basic poker mathematical strategy, you’re probably playing a metagame.

A metagame in poker is a “game within a game” based on information not related to cards, betting and betting-sizing.

The metagame is not about cards, betting sizes, and stack sizes. It’s more about the “mindset of the players themselves,” where you consider your actions’ potential outcomes and draw to make the most favourable decisions at the table.

The chart is terrible, I know. But I hope it gave you some idea of the place that metagame has in poker and that it’s far enough away from the “physical” aspects.

Of course, that all sounds good, but I’m sure you still don’t fully understand what we’re talking about. So let me explain it to you in more detail with an example…

Example of a metagame in poker

Suppose you’ve been playing at a table for a while, and you’re playing a hand against an opponent you know very little about. For some reason, you end up on the river with a medium-strength hand and get a normal-sized bet from your opponent. On the one hand, you understand (and basic poker math tells you) that this call won’t be profitable over the distance.

But look beyond the mathematics of the situation and think about the other implications. While a call might be slightly negative (mathematically) at the range, there are two positives:

Seeing our opponent’s cards in a given a hand would be very useful for us because we would know what type of opponent we are playing against. And we could use this information to make better decisions in the future against this player since we would already know his style of play.

Moreover, by playing instead weakly, we can show that I’m supposedly a lousy player by colliding rivers with marginal hands. And this can play to our advantage in the future, as the opponent may start to respect our bets less, potentially allowing us to take big pots.

So even if some of our draws are negative from a purely mathematical point of view, the consequences in future hands might make up for those small losses with big wins. You may have heard something like this before about poker, and it is essentially a metagame.

Unprofitable play, in the one hand, can lead you to big wins in subsequent hands, thanks to the metagame.

A few essential nuances about the metagame

Although the example above shows that a slightly “unprofitable” game can pay well into the future, that does not mean that you should use it as an excuse every time you make a terrible decision. Don’t deliberately look for opportunities to play badly in the hope of creating an image that you can recoup in the future. Meta-situations in the game will arise independently, so you don’t have to worry about finding them too often.

The metagame in poker is constantly changing. For example, when Doyle Brunson wrote his book Super System, it contained just about the most top and advanced no-limit hold’em strategies at the time. However, players have become more aggressive over the years, and the style of play and the strategies described in the book will not be as positive as they were back then.

In general, the metagame will be more effective against opponents you play regularly and on whom you have a history of hands. That’s because you’ll already have an understanding of how your opponent plays, what he’s capable of, what drives him, and how to combat his style.

Although metagame tricks can be used against players you are unfamiliar with (for example, betting a lot with medium and strong hands against low-limit players who are more likely to call weak hands), they will still play a bigger role against opponents you have already crossed paths with before.